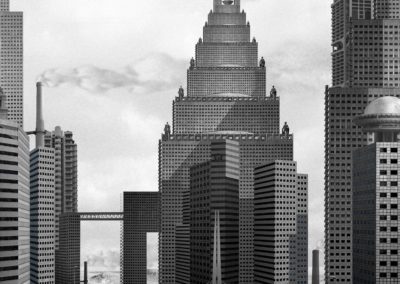 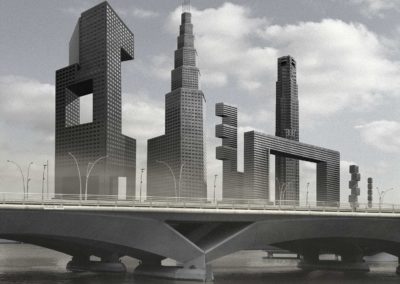 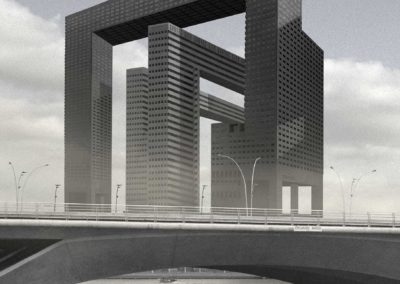 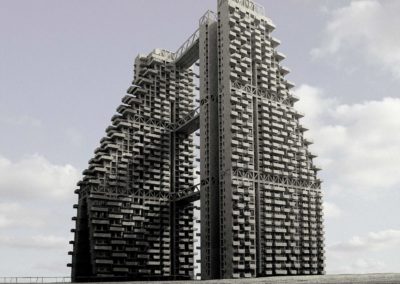 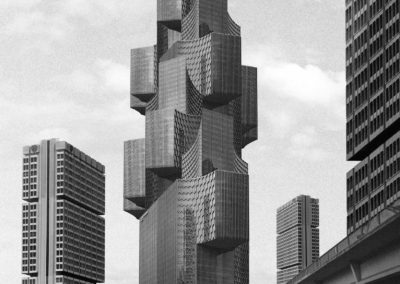 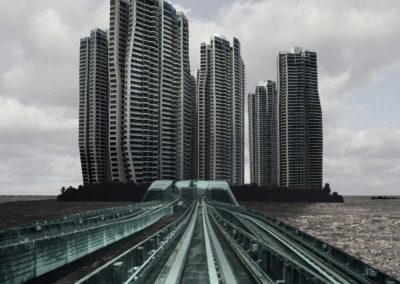 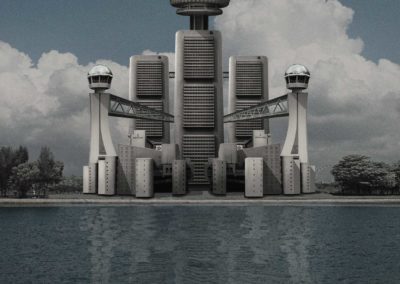 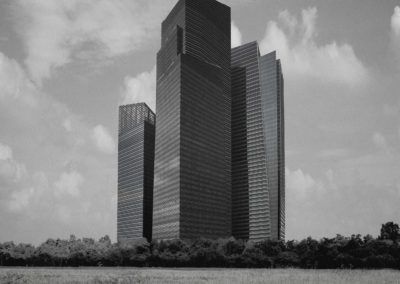 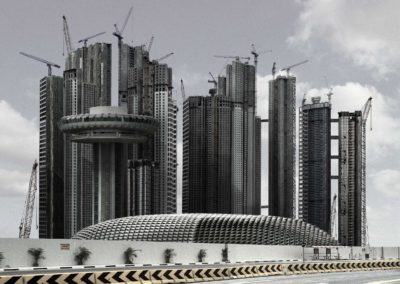 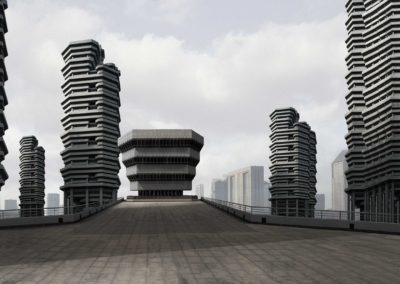 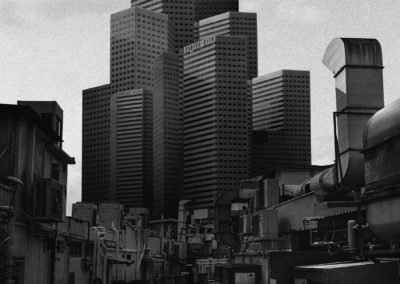 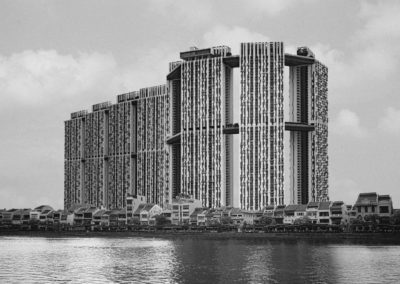 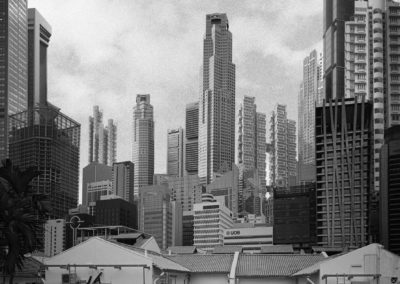 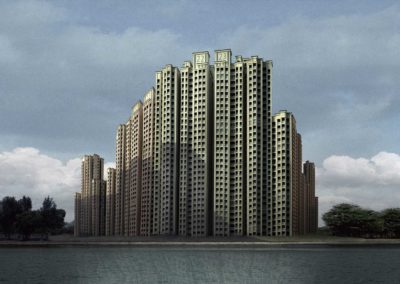 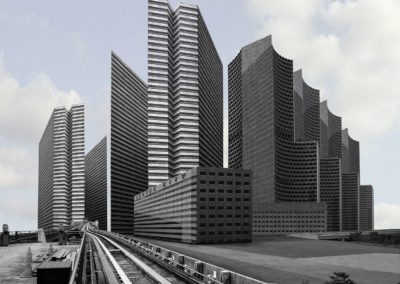 Following the carte blanche offered to me by the Alliance Française de Singapour, I explored this City State in photography during a month, from East to West, North to South, building after building and street after street. My main motivation was to discover and archive the most singular buildings that best define the architectural identity of Singapore.

These buildings have been the subject of an abundant documentary image bank, revealing a true architectural heritage throughout my journey. In this regard, I must admit I was amazed by the harmony, relevance and level of achievement of this urbanity that is so inclined to modernity. That is why I could not resist photographing and re-imagining everything…

It is by scrutinising the city that I comprehended its structural organisation as a whole. I discovered, little by little, its subtleties to its periphery. I was particularly impressed by the monumental « Sky Habitat » by Moshe Safdie and the spectacular « Concourse Condo » by Paul Rudolph, without forgetting the unstructured sinuosities of the « D’leedon Complex » by Zaha Hadid or the impressive eponymous « Nouvel 18 » condominium.

Singapore; so many constructions in abounding ingenuity could not find a better receptacle for display, adapted to contemporaneity and experimentation. It is in this city of possibilities that contemporary architects engrave their signature in cement, where their talent is given free rein.

For me, the stakes were high – to reconstruct an imaginary and timeless Singapore, to confront myself with this surfeit of audacity and to extract the quintessence, power and originality, without diminishing its singular typology.

Back in Paris, in my studio in the 18th arrondissement, I rediscovered Singapore in a new light: going through my images, this time, with the irresistible desire to intervene in the opposite direction of my own perception of reality. Deconstructing the city, remodeling the built environment, rewriting the rules of the game and reshuffling the cards seemed obvious to me.

Six months later, I am counting 16 new images on the Cité Etat, having elaborated on my method of restoring a sublimated reality and giving back to Singapore its customary way of reinventing itself.